The City of Fairfield has been recognized by APWA’s Norcal chapter for its innovative Oliver Road Park and Ride Improvement Project. The City’s goal was to meet excess parking demand and to reduce the impact of closing the existing surface lot while they constructed a new, 1,200-space structure at the Fairfield Transportation Center. The City identified two adjacent properties to be converted to an auxiliary van and carpool lot during the expansion. However, the lots were in disrepair, had different owners, and contained dissimilar and disconnected infrastructure. The project faced additional challenges due to a tight budget and federal project funding, which mandated use of recovered products.

NCE’s design rehabilitated the pavement at the first lot, which was in reasonable condition, with crack and surface seals. The curb and gutter was replaced with a bioswale to reduce peak flows and improve water quality. Salvage concrete from the first lot was incorporated into the second lot, which was regraded and reconstructed using full depth reclamation and overlain with new hot-mix asphalt pavement. The drainage at this lot was also revised, including three drop inlets at the perimeter that drain to the existing storm drain system. 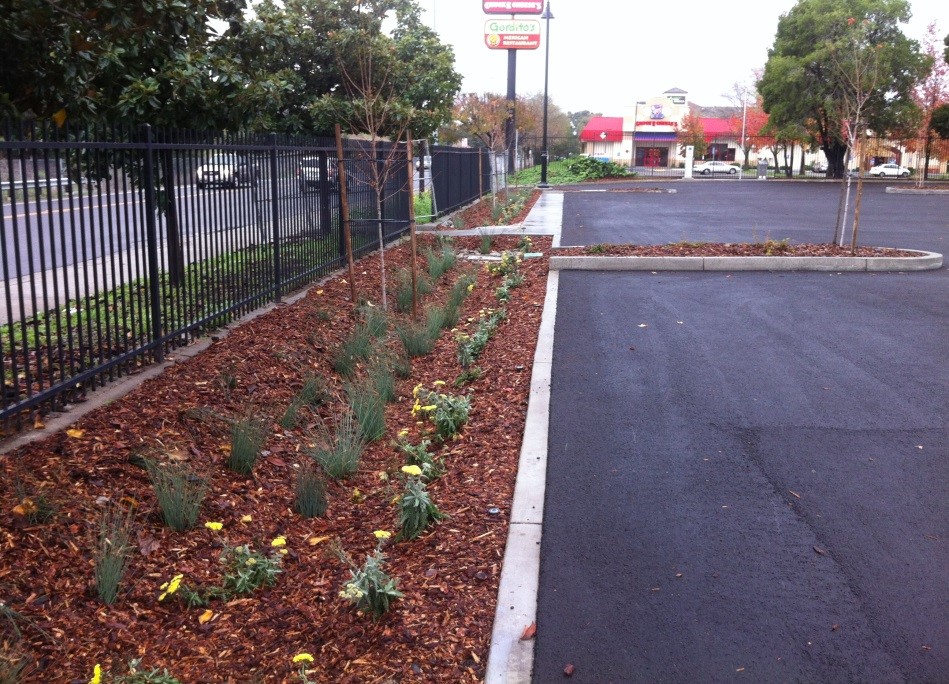 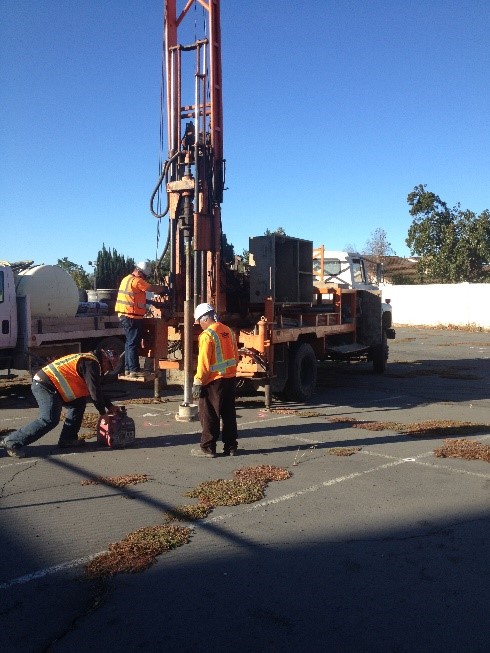 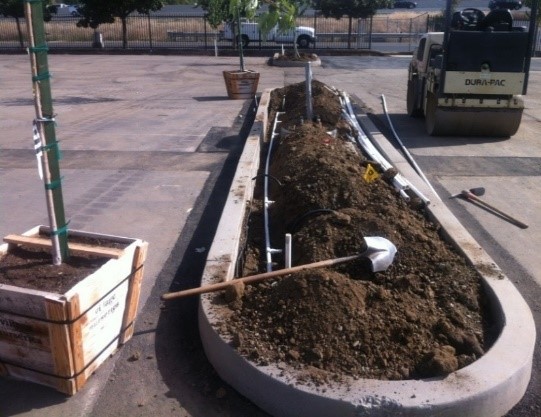 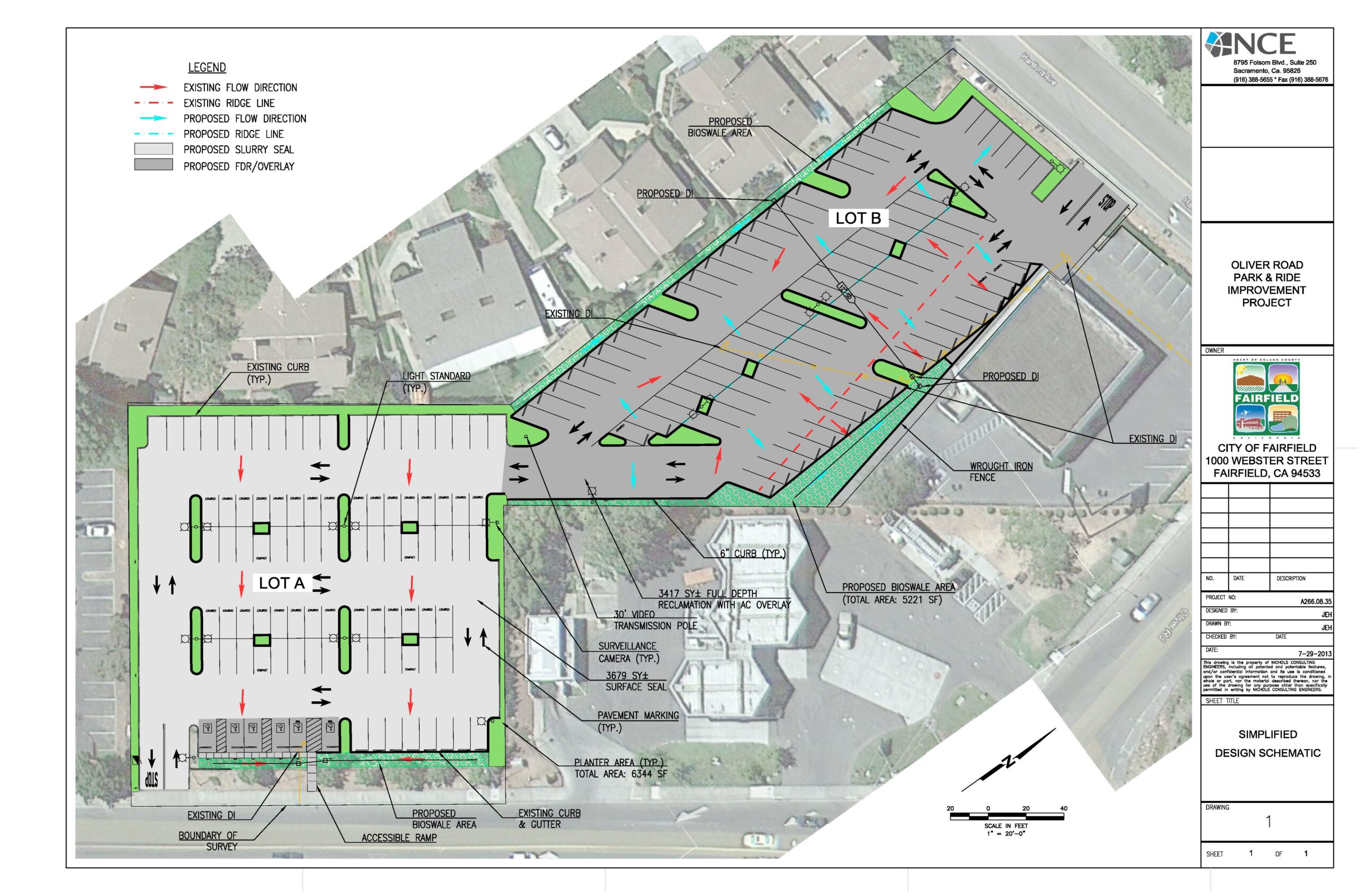